Show us how you train

View photos from the community and 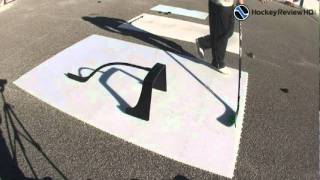 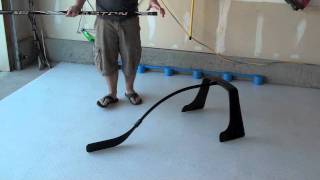 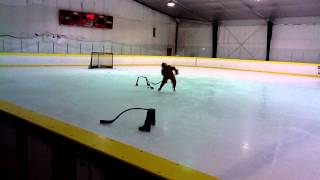 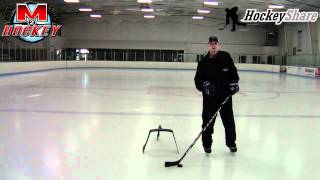 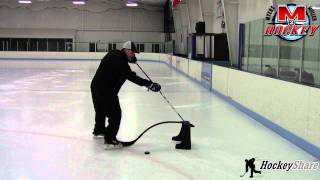 
"Having a nationally televised Power Skating and Hockey training show, "Hockey Academy", and a highly sought after International Power Skating and Hockey School in 5 countries , I am somewhat skeptical of new gimmicky products. The ATTACK TRIANGLE, however, is an exceptional product that I use in all my schools worldwide and on my television show. It will help absolutely everyone that uses it regardless of age or skill level. My NHL clients enjoy training with them just as much as my younger players. It is the next generation of on/off ice training obstacle that is a absolute necessity for all players, coaches and parents . You can catch me on Hockey Academy presented by the NHL and CHA weekly on the NHL Network. Check your local Canadian cable provider for times in your area."
Steve Serdachny, Power Skating International

"Using the Attack Triangle is great because it really simulates game situations and the kids can better understand why they need to skate hard in the drills. Their intensity is much higher and you can see they are really working harder and becoming much more creative with it. We will be using it from now on ."
Robby Glantz International Power Skating

"Not only do I bring my own Attack Triangles to the camps I teach throughout the country. I also recommend that the programs and players I work with get them as soon as they can because of the advantages it gives the players who use it over those who don't period. "
Peter Dale, USA Clinics

"The Attack Triangle was an instant hit with all of our kids. We would highly recommend this product to any ice or inline player from mite to college. Our staff of professional, college, and high school players have also found the product to be both challenging and fun."
Todd Drevitch, Hockey Techniques Schools
Product Q&A

Great tool for for working on puck handling.

Good product for the price.

I bought the attack triangles, the players I coach love them and it allows for a lot of variation for skills and drills

Good quality product - a little flimsier than what you see at the rink, but more than good enough for home use. Also really like that it pulls apart into pieces so easily for storage and transportation.

Attack triangles are a good deal when buying in multiples.

product.... did what it advertised

Product looks good, and are appear durable enough (if used for intended purpose of course). Nice and light.

A little flimsy, but does the job.

Use them a lot for stick handling

Although, the gift has not been used at this time, other products received from Hockeyshot have been excellent. the product was as described.

Better design needed to be able to easily remove/retract ice spikes for tile use.

Really cool product and super easy to put together. My 9 year old had it assembled before I even had a chance to look at it.

Hockey Players Who Bought This, Also Bought... Recommended For You...